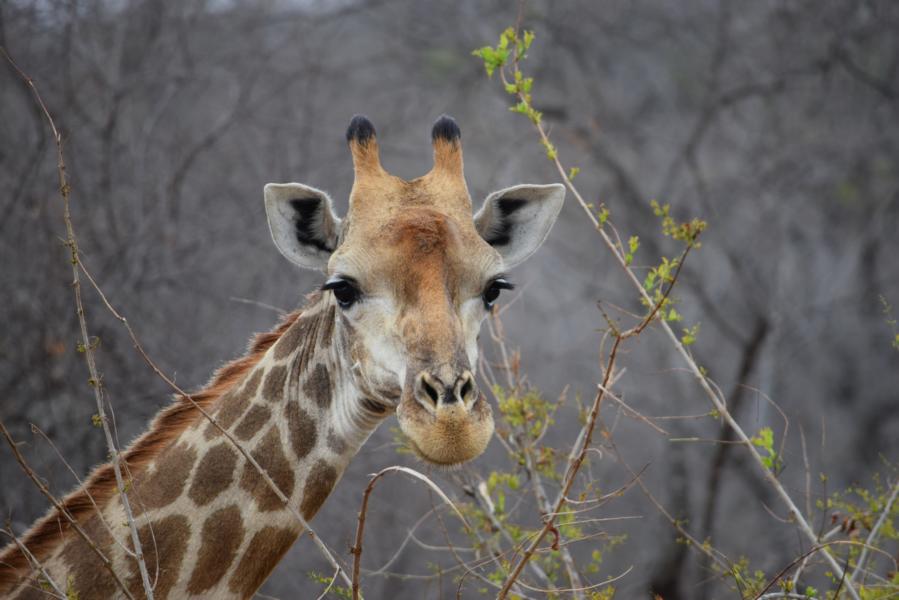 Friday, 14th October 2016
Flight from London Heathrow to Johannisburg by Airbus A380
We arrived in Johannisburg two hours later than planned. There were many people and it took a long time to pass the control. We finally missed our flight to Cape Town. We had to book another flight. We waited for three hours. This was not good. What a start!

Saturday, 15th October 2016
In Cape Town we stayed in a nice Guesthouse with a view to the Table Mountain.
The breakfast was very good. The first night I slept very well!!!
After breakfast, we went to the Cape of Good Hope. We drove through the famous Chapman’s Peak. The weather was sunny. Around every corner we had a very nice view of the sea and wonderful white beaches. In the evening we had a wonderful sunset in Cliften Bay. Cliften Bay is the St. Tropez of South Africa.

Sunday, 16th October 2016
The weather was sunny and not windy, so we wanted to go to Robend Island. We could not get any boat tickets. All the boats were fully booked that day. Therefore, we went on a tour around Cape Town. Constantia Maine Route, Bo-Koap, Kirstenbosch-Botanical Garden. There are many exotic plants, Cak Trees and Proteas (South Africa’s National plant) in the botanical garden. Bo-Koap is famous for its colourful houses. In the evening we had a South African dinner at the waterfront.

Monday, 17th October 2016
Today we could not go up the Table Mountain. It was too windy. The cable car was closed. Therefore, we continued our road trip directly to Stellenbosch, Frankschock and Parl (Cape Wineyards). The first settlers in Frankschock were the Huguenots. It is a nice village with French touch or charm. There we had two wine tastings, one even with chocolate. It was very interesting. We stayed over in an old colonial house (typical Dutch Cape style) from 1688 near Stellenbosch.

Tuesday, 18th October 2016
Our road trip continued from Stellenbosch to Cape Aguehas, the most southern point in Africa. We drove through endless fields. Sometimes we saw cows and sheep. All fields and properties in South Africa are fenced. Then we arrived at Cape Agulhas, where the Indian Ocean meets the Atlantic Ocean. The trip went on to Hermanus. It is a nice town with a wonderful beach. Every year the whales migrate and can be seen in the bays around Hermanus. We could watch a whale and child in the bay.

Wednesday, 19th October 2016
We drove along the famous route N62 between the Garden Route and Klein Karoo. There are many ostrich farms. We stayed in an isolated lodge. We saw springbok, zebras but we
didn’t see any giraffes. In the evening we had a wonderful dinner with all the guests. Finally we saw a giraffe in the morning and were very happy.

Thursday, 20th October 2016
Today we drove over the Zwartberg Pass. From Little Karoo to the beginning of Great Karoo. Another kind of landscape: only trees and stones everywhere. We could make many stops and always had a nice view of the valley. Then we took the Garden Route to Knysna. Knysna lies at a lagoon. Our house was a villa in the middle of the lagoon with a pool and a landing stage. It was very big: two bedrooms, two bathrooms and a kitchen. All was very luxurious. We enjoyed three days there.

Friday, 21st October 2016
On the second day we visited another sight around Knysna. Brenton on Sea is a nice beach village with a fabulous view of the Indian Ocean. We walked along the beach. Then we visited another nice viewpoint in Knysna. The Knysna Heads are a huge rock formation between the sea and the lagoon. In the evening we had a “Braai” with fresh fish, vegetables and rice.

Saturday, 22nd October 2016
Today the weather was not so good. It as cloudy and quite windy. We drove to the famous Tsitikama National Park and went a little hiking. There are many German tourists.

Sunday, 23rd October 2016
It was the last night in our villa on Thesen Island. We packed our suitcases into the car and drove to Port Elizabeth. Before that we visited Jeffrey’s Bay. This is a mecca for surfers. At the waterfront there were many surfshops, pubs and restaurants. We walked along the beach and found very nice shells. We stayed in a Bed and Breakfast in Port Elizabeth. The next morning we flew to Johannisburg.

Monday, 24th October 2016
The flight was on time. After our arrival we rented a car. On the way to the Krüger Park we could see “real Africa”: very dry landscape, many stones and red soil. In the darkness we arrived at the lodge: a wonderful bungalow in the wilderness. We had very good dinner: ostrich steak, sweet sauce, baked sweet potatoes, green beans and carrots.

Tuesday, 25th October 2016
At night there was a thunderstorm with heavy rain and wind. This was good for the scrubland because it had not rained for the last ten months. The next morning the sun was shining and there were many animals around the house. After breakfast with fresh scones, jam and fresh mango juice, we observed the animals and enjoyed the view. We spent the day at the pool. In the evening we went on a game drive. We saw springbok, very nice birds and elephants with their babies.

Wednesday, 26th October 2016
At 5 a.m. we went on another game drive. We say many zebras, springbok, jackals and elephants. Two bull elephants came close to the car. We observed them for a long time. We
also drove to the river, but could not find any hippos. After breakfast we packed our suitcases and suddenly saw a giraffe very close to our terrace. It was wonderful. We then continued our trip to Blyds River Canyon. We visited amazing viewpoints which are called Three Rondells, God’s Window and the Rain Forest.

Thursday, 27th October 2016
We stayed in a guesthouse in Grashop. After breakfast we drove to Johannesburg. At 6 p.m. we checked in and waited for a long time at the airport. At 2.35 a.m. we took our flight to London. We didn’t sleep that night. On Friday evening we arrived home. It was a very long journey.
Africa is a wonderful country!!!